13 amazin species of freshwater fish in the world

These are the top 13 most amazing freshwater fish species in sport fishing worldwide. Be sure to comment on our post! All over the world, sport fishing has taken over not only coastal regions, but mainly inland areas, and freshwater fish feed this type of fishing in an incredible and unimaginable way.

When we think of freshwater fishing, it is natural to remember the fish in our region, and this is perfectly normal. I am Brazilian and I am also more familiar with the fish here in South America. However, I am also very curious, and I have been interacting and researching fishing all over the world and I have met many species from various continents. I can say that I was delighted with the diversity of true monsters of the river.

Black Bass is perhaps the great symbol of sport fishing due to the strength that this species has mainly in the United States, where the modality moves billions of dollars. For me, this is the number one in freshwater sport fishing worldwide. It is a fish that was introduced in Europe and South America.

Trout are the main competitors of Black Bass at the top of my list as they are the cause of millions of trips and purchases of fishing packages every year to the coldest regions. Fishermen from all over the world, especially fly fishing lovers love this fish and “move mountains” to catch some Rainbow Trout. It is a very common fishery in the countries of the northern hemisphere and also in South America along the Andes.

Sturgeon is found in Asia, in greater abundance in the rivers of southern Russia and Ukraine; in Europe, and in the fresh waters of North America. In early summer, they migrate from the sea to rivers or to the banks of freshwater lakes to breed. Some, like the beluga (Huso huso), from the Caspian Sea, reach a length of 5.5 meters and a weight of 2,000 kilograms, while the kaluga sturgeon (H. dauricus), from the Amur River, reaches similar length and even 1,000 kilograms in weight.

The peacock bass is a fish that lives in the rivers of South America, especially in Brazil. This fish belongs to the Cichlidae family, considered the richest species of freshwater fish in the world and also one of the largest vertebrate families. This type of fish is medium sized and has a length that varies between 30 centimeters to 1 meter. They live in ponds, lakes and rivers, preferring slow or still waters and are daytime fish. The peacock bass is carnivorous and feeds especially on shrimp and fish.

If you want to know places to fish for tucunarés, you should know that they can be found practically all over Brazil, mainly in the Amazon Basin, in the Pantanal and in the Alto-Paraná region. In some states, such as Rio Grande Do Sul, there are few reports of catches. The states of the Northeast and North are those with the largest species, such as pinima and açu, while those in the Midwest and Southeast have the known blue and yellow.

In addition, this fish is considered one of the main responsible for spreading artificial baits in Brazil. This is because they are quite aggressive predators, residing in places of calm water, such as hydroelectric ponds and some dams in the Midwest and Southeast, which are numerous and easily accessible.

Intelligent, sensible and created for camouflage, the sawfish, also known as carpenter shark, is actually part of the ray family. As for food, he knows how to get what he wants: solitary and fast, he turns away from attention. This habit of hiding is an evolutionary tactic that makes it a lethal predator for its prey. The sawfish can be one of the most elusive species on the planet.

Recently, famous underwater photographer Rob Stewart lost his life trying to document the behavior of this elusive creature. It can be found in coastal areas of Asia, Australia, North America, South America, Africa. Sawfish is a vital part of the marine ecosystem; they move around sediments and discover smaller organisms, which makes it easier for other animals to find their prey. Sawfish is also culturally important to many native societies as symbols of protection, religion, prosperity and war.

With a length of up to two and a half meters and weighing over one hundred kilograms, silurus, one of the most voracious and exotic invasive species in our rivers, but undemanding in water quality, arrived from Central Europe to the Iberian Peninsula in the 1970s to stay.

The original habitat of the silurans extends from the Elbe and Doubs, in the east of France, to the east and southeast of Europe (with the exception of the Mediterranean coast); from the Aral basin to (Turkey) and Afghanistan). Today, this long-lived and prolific fish – it can live up to 25 years and lay up to 30,000 eggs in each reproductive cycle – is a large-scale economic and ecological challenge in more than 16 countries outside its natural range.

Snake Head is among the largest species in the family Channidae, capable of growing up to 1.5 meters in length and weighing around 20 kg. Native to the fresh waters of the USA, the animal known as snakehead found no predators and with its voracious appetite has the potential to destroy ecosystems.

In a statement, the US government assures that animals found in the country do not pose a risk to humans, but can damage the balance of ecosystems in the affected regions and therefore must be controlled. At least five states in the region have recorded the presence of this exotic animal in nature. East Asia (populations in southern India are now considered a separate species, C. diplogramma).

Salmon is considered one of the most sporting freshwater fish on the planet. Like trout, Salmon is also found in colder regions such as the Nordic countries and in South America, especially in Chile, where its fishing is practiced by fishermen from all over the world.

The Catfish is a species farmed in the southern United States, in the Mississippi River Basin. It has an elongated body with a depressed head and varied coloring, pectoral and dorsal fins with hard and pointed spines, as well as barbels along the subterminal region of the mouth, typical of the species. It belongs to the family Ictaluridae and can reach the length of one meter and the weight of up to 25 kilos.

It is considered a noble and exotic fish, with calm habits, very tasty meat, thornless and low fat fillets. In very bright environments with high water transparency they are quite agitated. It is an omnivorous fish (feeds on plants, fish, insects and aquatic invertebrates) that lives in rivers, lakes and dams.

The ferocity of this fish is legendary in Congo. In addition to hunting in groups and resorting to cannibalism, the species is known to attack humans in Congo, especially children in shallow waters. Even deaths of people who have been victims of the devastating attack by the group of monstrous fish have been recorded.]

The Dourado (Salminus maxillosus) inhabits fast waters, rapids and waterfalls, as well as the banks of ravines, mouths of corixes and antlers in the middle of rivers. He usually swims in schools. It is a carnivorous fish, feeding on any kind of fish, including small birds, although it prefers lambaris and sardines. It needs the current of rivers to complete its reproductive cycle, during Piracema.

Angry face, mouth full of sharp teeth, snappy and hurt. Some of the predicates that prevented Traira from being a good square fish. Aside from that, this creature with a training instinct that, in the end, everything is predicated on intuition, its greatest gift to overcome the ravines of this world and reach today, much more than a healthy and saved fish, it is also a species promises in a high degree a huge potential for Brazilian and South American sport fishing. The most important species of Traira for sport fishing is Trairão (Hoplias lacerdae).

Lucio is native to North America, Western Europe, Siberia and Eurasia. They can grow to a registered maximum of 1.83 meters, and a maximum weight of 35 kilograms, and can live up to 30 years of age.

I know that there are thousands of species of freshwater fish important for sport fishing, but I tried here in this article, to summarize in the fairest way, and based on my opinion, a list of the top 12 amazing fishes in world fishing. I hope you enjoyed my article. Enjoy and follow Fishing S / A on Facebook  and stay updated on our content. Thank you for visiting the  Blog Fishing S / A . Good fishing! 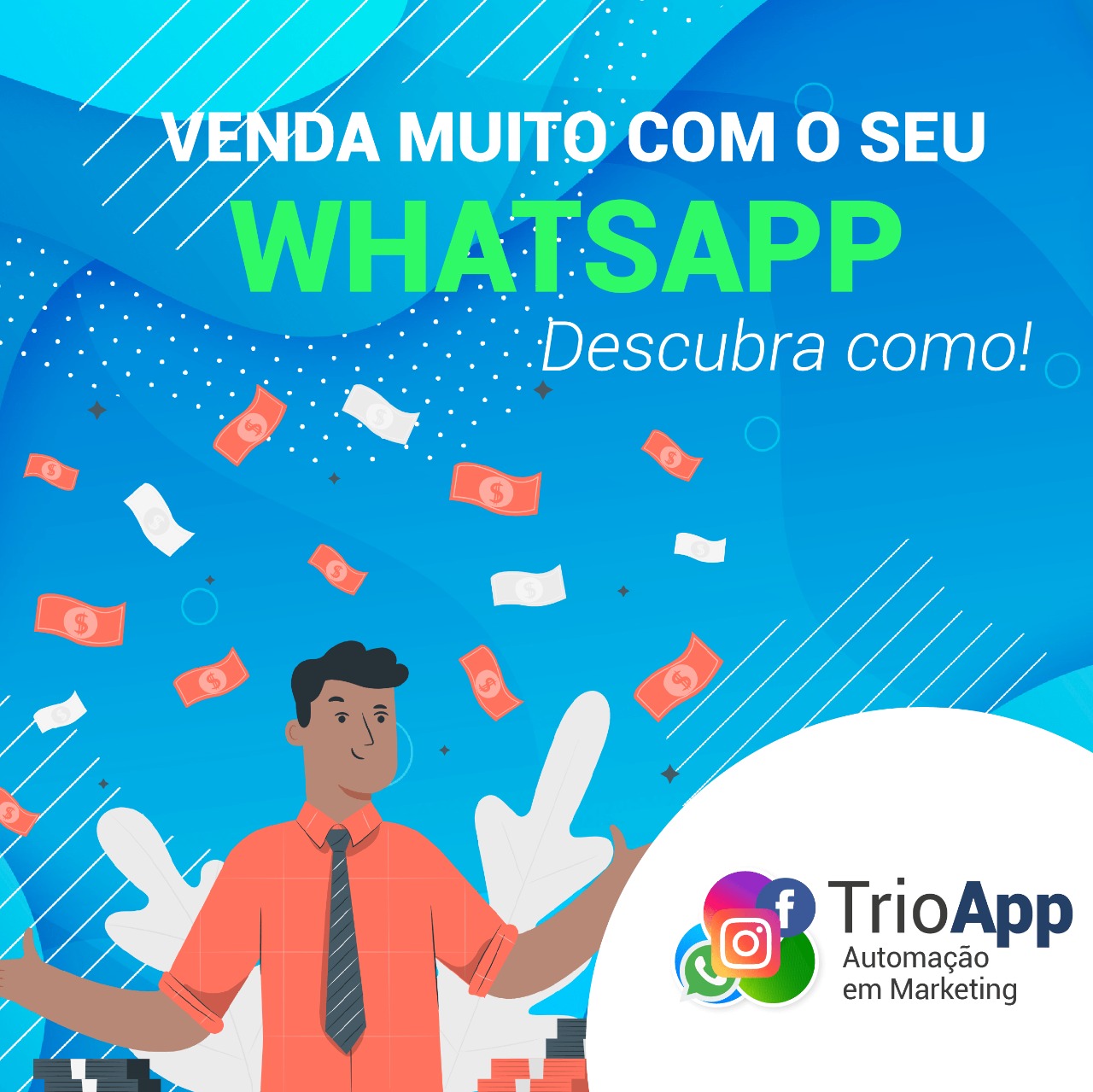